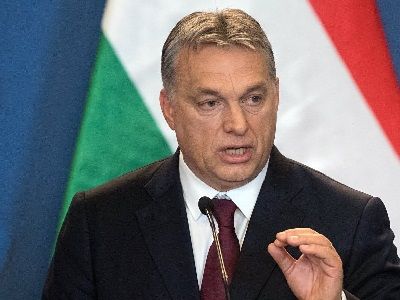 Putin Gave an Assessment of Relations Between Russia and Hungary

OREANDA-NEWS Hungary remains one of Moscow's key partners in Europe, relations between the parties are developing in almost all directions, Russian President Vladimir Putin said.

Putin said at a meeting with Hungarian Prime Minister Viktor Orban that Budapest "certainly one of our key partners in Europe", relations with which "are developing in almost all directions, the intergovernmental Commission is actively working".

The head of state also noted the positive dynamics of trade and economic turnover, the volume of mutual investments amounting to about $ 1 billion, and the implementation of joint large and promising projects.

He also drew attention to the positive dynamics of trade turnover, which increased by 25% in 2017 and by another third in the first half of 2018.

In turn, Orban noted that the meeting with Putin is of great importance, as the countries are important partners who have "balanced, predictable relations".

"We cannot say that favorable international conditions are always provided for our cooperation. But all the unpleasant things exist for us to be able to fight them together. I think we are succeeding," said the representative of Budapest.

He stressed that, despite the decline in trade turnover due to the sanctions of the European Union, Russia and Hungary, "this trend has been reversed." In addition, in his opinion, the countries have the potential for the development of relations in energy, agriculture, culture and many other industries.

The materials for the talks between Putin and Orban said that the parties intend to discuss the situation in Ukraine and Syria.

We will remind, Putin and Orban's meeting became known at the end of August. Earlier, the Prime Minister of Hungary said that the policy of the European Union towards Russia is primitive.