Tsikhanouskaya Promised to Reconsider the Agreements Concluded by Lukashenko with Russia 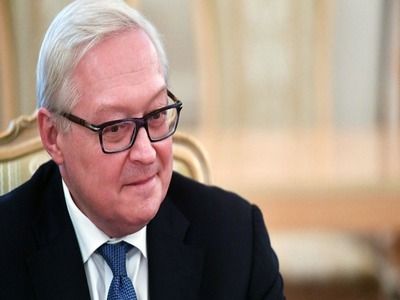 Russia Expects New Accusations from US as It Approaches 2020 Elections

PoliticsInterstate relationsState managementMinistries and departments
OREANDA-NEWS. The Russian Foreign Ministry has no doubt that before the US elections in 2020, Moscow will be followed by new baseless accusations of interference. This was announced on Friday by the Deputy Minister of Foreign Affairs of the Russian Federation Sergey Ryabkov, speaking at a meeting with participants in the annual scientific and educational program "Dialogue for the Future" at the site of the Public Diplomacy Support Fund named after A.M. Gorchakova.

“In the wake of baseless and unsubstantiated accusations of the so-called Russian interference in the US elections in 2016, there was a situation of deep suspicion and fundamental distrust of Moscow’s policies", he said. American business is not losing interest in the Russian market and is expanding forms of cooperation, Ryabkov said.

“So far, despite the sanctions, American business not only doesn't lose interest in the Russian market, but shows growing attention and a growing interest in working here and staying here. With rare exceptions, American companies are including expanding forms of cooperation, in some circumstances - to increase investment", the diplomat said. "But this, unfortunately, isn't supported by the adequate efforts of official Washington to create favorable conditions for such work", he stressed.