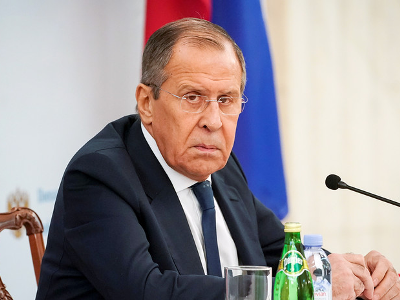 OREANDA-NEWS. The Minister of Foreign Affairs of the Russian Federation Sergey Lavrov stated that NATO is launching a very dangerous game of extending its operational activities to two new environments: outer space and cyberspace.

“We have already said many times that this line is largely justified by an attempt to introduce the concept of a rule-based world order into world everyday life, trying to replace the international legal architecture formed after the Second World War, in the center of which the United Nations Organization is,” the diplomat said at a general meeting of the Russian International Affairs Council.

According to the Foreign Minister, some his counterparts from Western countries “continue to think with logic of not even yesterday, but the day before yesterday, hoping to restore bygone global dominance, and at times they act more and more impulsively and aggressively.”
Source: OREANDA-NEWS
Материалы по теме: