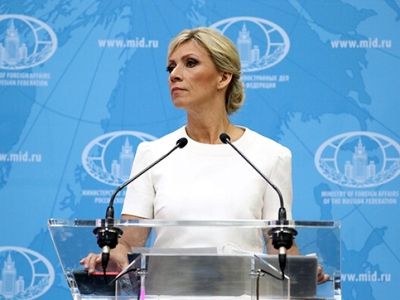 OREANDA-NEWS. Russian Foreign Ministry Spokeswoman Maria Zakharova claimed that the actions of the Dutch authorities indicate pressure on the District Court of The Hague, where on March 9 hearing on the case of the crash of Boeing 777 in the Donbass in 2014 will begin.

According to the diplomat, as the start of the trial in the Netherlands approaches, an information campaign is gaining “unprecedented” speed with an accusatory bias towards Russia and its citizens. “In the last days before the hearing, all this was launched in order to compensate the gaps in the evidence base and to hide the fraud of facts for proving the previously selected version,” Zakharova said on March 6 at a briefing.

A spokeswoman also stated that the investigation bodies are still ignoring data transmitted by Russia. So, Zakharova made the assumption that the purpose of the information campaign is an attempt to predetermine the court’s verdict.