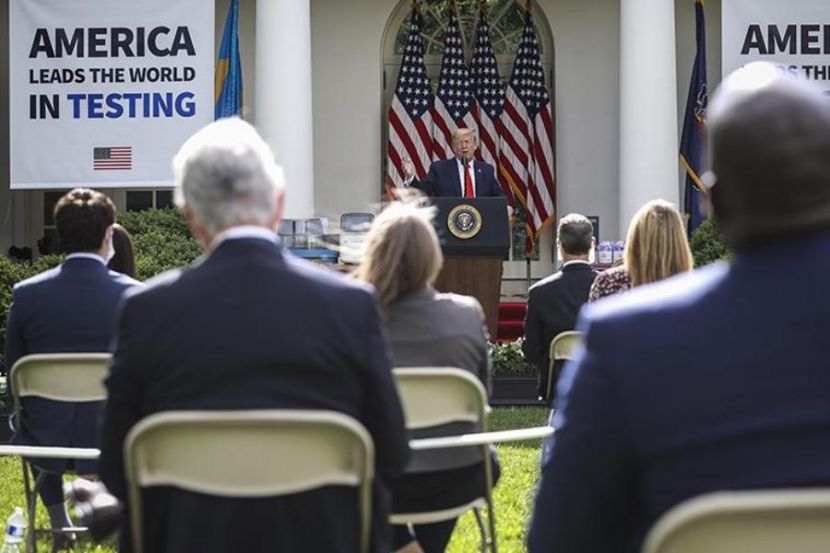 Trump Interrupted a Press Conference because of a Quarrel with Journalists

OREANDA-NEWS. US President Donald Trump interrupted a briefing at the White House due to a skirmish with journalists.

During his speech, the American leader mentioned that the United States conducted the most tests for new type of coronavirus in comparison with any other country. In response, some reporters pointed out that mortality is growing rapidly in the USA. Being asked why this was happening, Trump harshly advised to ask China about it. In addition, he called the question unfair, which outraged the journalist. President refused to answer other questions offered by her, assuring that he had already given her the floor, but she ignored it. After that, Trump thanked the audience and left the press conference.

According to Johns Hopkins University, the United States ranks first in the world in the number of people infected with coronavirus (more than 1.3 million) and mortality from it (over 80 thousand).