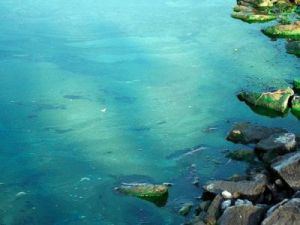 OREANDA-NEWS. The researchers found a unique find on the bottom of the Baltic Sea. A hint at the existence of a valuable find was made 10 years ago, when the sonar of the Swedish Maritime Administration registered an anomalous image on the radar screen.  But only now the robotic chamber of one of the companies that investigated the underwater route for laying gas pipes found a mysterious artifact in this place.

Based on its incredible preservation, archaeologists were able to date the ship with the Renaissance.  Until now, on the main deck is an incredibly rare find.  This is the boat used to cross the crew from the ship.

The exact origin of the ship is unknown.  He has no names, since at the time when he was being developed, there was no tradition to give names to ships.  Scientists called him Okänt Skepp - “Unknown Ship”.

Scientists believe that the vessel is so well preserved thanks to the cold, slightly salty, almost oxygen-free water.  According to the researchers, the wrecked ship has great historical significance.  This is the oldest shipwreck in the Baltic.