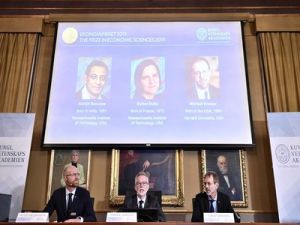 As announced on Monday the Nobel Committee of the Royal Academy of Sciences, the prize is awarded "for an experimental approach to reducing global poverty". A study by the laureates "significantly improved opportunities in the fight against global poverty". “In just two decades, their new experimental approach has transformed the economies of developing countries, which is currently a thriving area of ​​research”, the committee emphasized in a press release. Other experts also praised the contribution of scientists.

The laureates introduced a new approach to get reliable answers to the question of more effective ways to combat global poverty. “The approach divides the problem into smaller and manageable issues: for example, the most effective measures to improve children's health”, the committee explains.