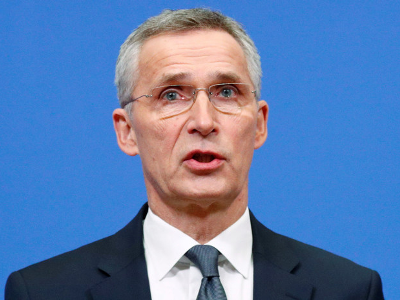 NATO Secretary General Declares Support for Turkey with Regard to Idlib

OREANDA-NEWS. NATO Secretary General Jens Stoltenberg declared support for Turkey in connection with the death of military personnel in the Syrian governorate of Idlib. He also called on Russia and the Damascus government to stop attacks on this territory.

“Allies condemn the continued and indiscriminate air strikes by the Syrian regime and Russia in Idlib,” Stoltenberg said after an emergency meeting of NATO ambassadors in Brussels, which was demanded by Turkey. “I call on them to stop their offensive, to respect international law and to back UN efforts for a peaceful solution,” he added. According to the Secretary General, the alliance continues to study supporting measures to help Turkey in Syria. Stoltenberg also urged to return to a 2018 ceasefire to provide humanitarian aid to the residents of Idlib.