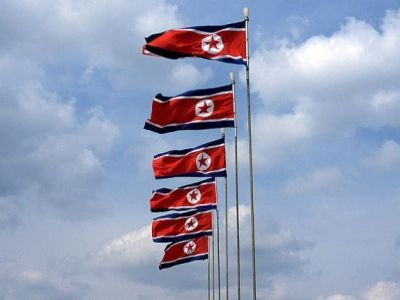 North Korea Refused to Comply with Moratorium on Nuclear Testing

OREANDA-NEWS. Ju Yong Chol, a counsellor at North Korea’s mission to the United Nations in Geneva, stated that US authorities impose “the most brutal and inhumane sanctions,” and therefore the republic does not further consider itself bound by obligations to comply with a moratorium on nuclear and missile testing.

“As it became clear now that the US remains unchanged in its ambition to block the development of the DPRK and stifle its political system, we found no reason to be unilaterally bound any longer by the commitment that the other party fails to honor,” Ju Yong Chol said at the Conference on Disarmament.

The diplomat also warned that if Washington continues to pursue a hostile policy towards North Korea, the denuclearization will never happen. “If the United States tries to enforce unilateral demands and persists in imposing sanctions, North Korea may be compelled to seek a new path,” he concluded.

The Head of the Pridnestrovian Republic Considers Withdrawal of Russian Troops to Be an “Artificial problem”Oreanda.ru | 02.12.2020 13:11:01