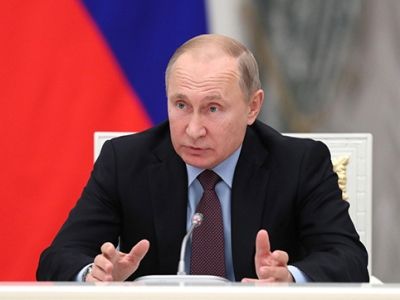 Putin Commented on the Situation in the Military-industrial Complex

OREANDA-NEWS. The President of the Russian Federation Vladimir Putin said that the peak of weapons deliveries by enterprises of the military-industrial complex as part of the state defense order had been passed. “In some areas it (Peak of weapons supply. – Ed.) is at the stage of completion, close to completion,” the head of state said at a meeting on financial rehabilitation of Russian defense industry enterprises.

The politician said that nowadays the organizations of mlitary-industrial sector are faced with large-scale tasks to diversify production, they should “increase the production of high-tech civilian products that are in demand and competitive, both in our country and abroad.” “A wide field for the sale of such products opens up within the framework of national projects, we especially need medical equipment, road construction equipment, telecommunication systems and waste processing equipment,” Putin said. According to him, the potential demand for such products is 6.2 trillion roubles. “It is necessary that most of the demand was satisfied by domestic producers,” the president stated.

The head of state also emphasized that the financial stability of the defense industry enterprises is very important for the diversification of production, and a large debt load prevents this. “The loans seriously limit the ability to diversify production and introduce advanced technologies,” Putin noted.

The head of state also addressed the participants of the meeting with a proposal to discuss their initiatives in this sphere. Putin noted that he “remembers well that there were several variants.”