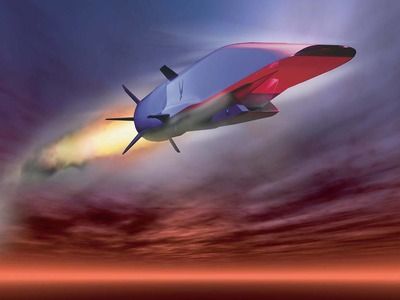 Science and engineeringMilitary securityAir transportNew technologies
OREANDA-NEWS. Preliminary tests of the latest American hypersonic rocket, developed by one of the leading companies of the US military-industrial complex Raytheon, will begin no earlier than the end of 2020. This was reported to the Russian media source at Raytheon at the 53rd Paris Air Show. "The development has entered the active phase. The concept of the rocket has been created, its layout is being assembled and the flight performance is being determined. At the same time, there are problems associated with the creation of the engine. Their solution postpones the start of preliminary tests of the rocket at least by the end of next year", adding that the developer is tasked with achieving a rocket speed of at least Mach number equal to 5.

"At the moment, it is difficult to talk about any use of this rocket, since its development is in its initial stage, and the Pentagon’s requirements for hypersonic weapons are only being determined. However, we consider the new rocket primarily as an aviation means of defeating land-based naval targets". The representative of the developer added, noting that the feasibility of integrating the missile into the composition of ground tactical missile systems and warships remains to be explored.

The concept of a hypersonic rocket was first presented at the Le Bourget Air Show. It is developed under the program HAWC (Hypersonic Air-breathing Weapon Concept), initiated by the Office of promising research projects of the US Department of Defense.

The American company Northrop Grumman also takes part in the development of the rocket. As US Secretary of Defense Patrick Shanahan announced at the Washington-based Center for Strategic and International Studies on March 20, when creating Space Forces, the US must first of all concentrate on creating hypersonic weapons and defense systems against them.