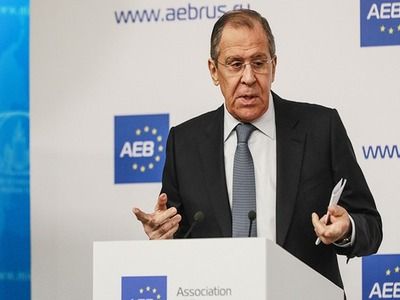 Interstate relationsDiplomatic organizationsMilitary securityPolitics
OREANDA-NEWS. The differences in the positions of Moscow and Tokyo on the peace treaty are still very significant. This was announced on Friday by Russian Foreign Minister Sergei Lavrov at a meeting with Japanese Foreign Minister Taro Kono. "You visit Russia immediately after the ascension to the throne of Emperor Naruhito and the onset of the rave (Perfect Harmony) era in Japan. We hope that this era will be fertile for Russian-Japanese relations," the minister said.

According to him, the current third round of negotiations is being held on the decision of the leaders of the two countries to accelerate the dialogue on a peace treaty based on the 1956 Joint Declaration of the USSR and Japan. “In accordance with these agreements, we are entrusted with a very serious task to ensure consistent withdrawal of bilateral relations to a qualitatively new level, which will allow us to search for mutually acceptable solutions on sensitive issues,” the Russian Foreign Minister added.

“During the two previous rounds in January and February, as well as during the consultations of our deputies, the principled approaches of the parties were outlined and the historical and legal aspects were discussed in great detail,” he said. “I hope these negotiations and consultations allowed the parties to better understand what are the differences in positions, and the differences are still very significant, and where there are reserves, there are opportunities for bringing our approaches closer. "

According to the minister, such a comprehensive understanding of the situation is "fundamentally important for a realistic assessment of the prospects" for negotiations between the Russian Federation and Japan. “I count on the continuation of a substantive, constructive discussion,” said Lavrov.
Source: OREANDA-NEWS
Поделиться в соцсетях:
Подписаться на наши группы: Instagram | VK | Facebook | Twitter
Rate this article: